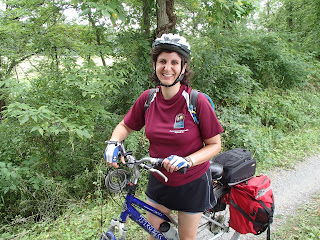 Andrea Shissler from Delmont has been a volunteer for the past 10 years. She loves watching the young Girl Scouts grow and use their talents, such as earning their Silver Awards.

A moment that Andrea will never forget was during their first Court of Awards ceremony and pinning. "A young girl, as she was getting pinned, jumped for joy and said to me,' What an honor!' as I gave her the petals and membership pin," Andrea recalled. "She is still in my troop six years later, working on her Silver Award. To see her grow and mature has been amazing."

Andrea wants her Girl Scouts to remember that she is always there for them, no matter how busy life can get.

"I am confident that they are learning skills that they will use for a lifetime. The greatest honor is to hear someone say, 'I can do this because I am a Girl Scout and I learned how to do this as a Scout.' Or to hear an adult say that Girl Scouting helped her get where she is today. This is the investment I am making each week, for the long term," she said. "And of course, every leader wants to know their troop had fun along the way, too!"

A Girl Scout volunteer for nine years, Amy Gotz  from Wexford is so proud of each girl in her troop and how much they have accomplished so far.

"I just love to help these amazing girls to discover their strengths, at their own pace," she said. "I am so grateful to them and their families for the opportunity to guide them along this journey." 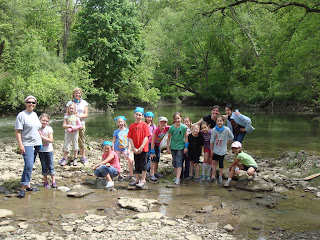 One moment that Amy won't forget took place in May 2013.

Amy and her co-leader were with 14 Juniors and when they arrived, Amy and another mom were tending to a girl who got carsick, while the other girls were unpacking and checking out their camping area.

They came back to report that there were bees at their site. "That's when the chaos began," Amy said. With one girl sick, another girl came to report a bee sting, while the others were running about with excitement. Not long after, a third Girl Scout was stung, which was followed by immediate hives and a nose bleed. They contacted their service unit leader and medical advice, and the girl who broke out with hives was taken to the hospital by her mother, who was lucky enough to be on the trip with Amy! The young girl returned from the hospital the next day and completed a high ropes course with the other girls, even after all she had been through.

"It must have taken her 15 minutes, at least, to get across it. She did it. She was so happy! We were so excited for her that some of us were in tears," Amy said. "After all of the unexpected challenges that she, and we, faced, her accomplishment was all the sweeter. As a leader, a Mom, a sister, and a Girl Scout, I will never forget it."

Amy wants her girls to remember how strong they are and all of the endless opportunities they will have if they "love themselves, respect each other and nature, and work hard to make this world the wonderful place that it can be."