Eight inspiring women from the Pittsburgh area, two outstanding Girl Scouts, and Girl Scout community-champion corporation GEICO will be honored at our Pittsburgh Awards of Distinction Luncheon on Wednesday, May 31 at the Omni William Penn Hotel. Proceeds of this premier event support Girl Scouts’ mission to develop courage, confidence and character in girls and to inspire the next generation of young women to become the leaders of tomorrow. Register now.

Congratulations to Leah Lizarondo, recipient of the 2017 Women of Distinction Award in the Community and Non-Profit category! 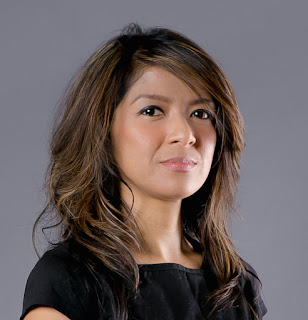 Leah, founder and CEO of 412 Food Rescue, brings a 15-year track record of leadership positions with global corporations and non-profits. Leah received her master's degree in public policy from Carnegie Mellon University, graduating with highest distinction.
She began her career as a product manager in Southeast Asia, working in consumer packaged goods and technology before moving on to her passion in food and health advocacy. She has worked in leadership positions for non-profits in New York and Pittsburgh. She is interested in the intersection of social good and technology, and mines her experience launching startups as she works to grow 412 Food Rescue.
Leah is an active advocate for food, health and innovation. She has also trained at the Natural Gourmet Institute in New York City and received her certification in plant-based nutrition from Cornell University. The Brazen Kitchen, Leah’s blog and Pittsburgh Magazine column, won the 2013 National City & Regional Magazine Awards. She served as editor-at-large for NEXTpittsburgh and her work has been featured in national media including NPR, Oprah.com, and GOOD Magazine online. In April 2014, she gave the TEDx Talk “Why the Farm Is Not Getting to the Table.” In 2017, she was named in SmartBusiness “Who To Watch” as one of the individuals “poised to shape the Pittsburgh region in 2017 and beyond.”