Congratulations to Dr. Elizabeth Miller, recipient of the 2018 Women of Distinction Award in the Health Care category! 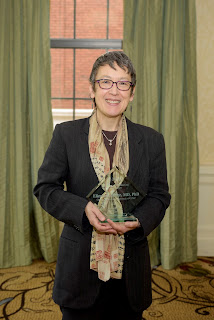 Elizabeth Miller, MD, PhD, is the director of the Division of Adolescent and Young Adult Medicine at Children’s Hospital of Pittsburgh of UPMC and professor of Pediatrics at University of Pittsburgh School of Medicine. She is also the medical director for Ronald McDonald House Charities Care Mobile, Shuman Juvenile Detention Center, and the 412 Youth Zone.

Trained in medical anthropology, as well as internal medicine and pediatrics, Dr. Miller’s research has included examination of sex trafficking among adolescents in Asia, teen dating abuse, and reproductive health, with a focus on underserved youth populations, including pregnant and parenting teens, and foster, homeless, and gang-affiliated youth. Her current research focuses on the impact of gender-based violence on young women’s reproductive health.

She conducts research on brief clinical interventions to reduce partner violence and unintended pregnancy, funded by the National Institute of Child Health and Human Development and the National Institute of Justice. In addition, she is conducting a study of a sexual violence prevention program entitled “Coaching Boys into Men” that involves training coaches to talk to their young male athletes about stopping violence against women, funded by the Centers for Disease Control and Prevention. She is also involved in projects to reduce gender-based violence and improve adolescent and young adult women’s health in India and Japan.

Miller is the recent recipient of the 2018 Visionary Award from Pittsburgh Action Against Rape.

A Japan native, Miller earned a bachelor’s degree in history of art at Yale and a master’s in medicine and a doctorate in anthropology at Harvard.

She and her husband reside in Pittsburgh. Her daughter, Hannah, is a student at the University of Chicago and her son, Joey, attends Taylor Allderdice High School.

Congratulations to Jennifer Bullano, recipient of the 2018 Women of Distinction Award in the Technology category! 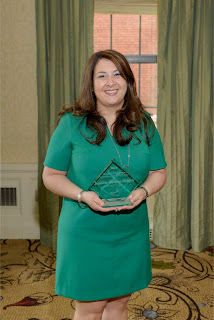 Jennifer Bullano joined the Pittsburgh Penguins in 2006 as a graduate intern and spent the following two years as manager of media relations before being promoted to director of communications in 2008. She is entering her twelfth season with the team and currently serves as senior director of communications. She is presently the only female to hold her position in the National Hockey League.

Bullano oversees the daily operations of the Penguins communications department and is responsible for coordinating all player and management interviews. She travels full time with the team and was a part of the Penguins Stanley Cup championships in 2009, 2016, and 2017. Jennifer has been a key contact for behind the scenes shows, such as HBO’S 24/7 The Road to the Winter Classic, NHL Revealed, In the Room, and Showtime Sports ALL ACCESS: Quest for the Stanley Cup. She recently won an Emmy for her role in “There’s no Place like Home with Sidney Crosby” in the “sports program one-time special” category.

The native of New Castle, Pennsylvania, also teaches part-time as an adjunct professor at Point Park University. Bullano teaches Media Relations in Sports for the Sports, Arts, and Entertainment Management program within the School of Business.

Bullano earned a bachelor of arts degree in public relations from Penn State University in 2003, as well as a master of business administration with concentration in sports, arts, and entertainment management from Point Park University in 2007. Bullano and her husband, Eric Ridgley, reside in the north hills of Pittsburgh with their daughter, Harper.

This is the third of four installments published in recognition of the 2018 Women of Distinction and Girl Scout honorees.