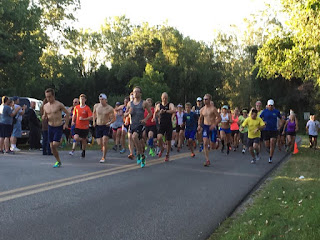 More than 200 people registered to compete in the race, which consisted of a 5K run, a 20K bike and another 5K run, completed in that order by individuals or two-person relay teams.

Participants were from Pennsylvania, Ohio, Maryland and New York. 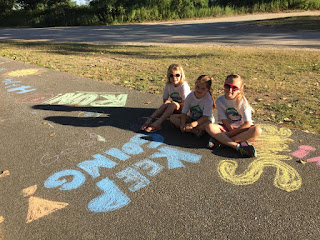 Each registered race participant received a hat featuring the race logo, coupons and a water bottle from Dick’s Sporting Goods, and other local coupons. Every finisher received a medal and a box of Girl Scout cookies.

Girl Scouts and leaders volunteered at the event, handing out water, finisher medals, setting up post-race refreshments, cheering on participants, and covering as much ground as they could on the second 5K with inspirational messages for runners (photos attached). Nearly 60 total volunteers helped make the event a success.

Event sponsors were GEICO, UPMC Health Plan, Highmark, Dick’s Sporting Goods, Erie Times-News/GoErie.com, Tungsten, and the Erie Runners Club.
Feedback from the event has been very positive, and many participants are already planning to return in 2016.

All proceeds from the event benefit GSWPA.

Additional photos from the event are available here: http://reprints.goerie.com/mycapture/folder.asp?event=1961086&CategoryID=60276&ListSubAlbums=0