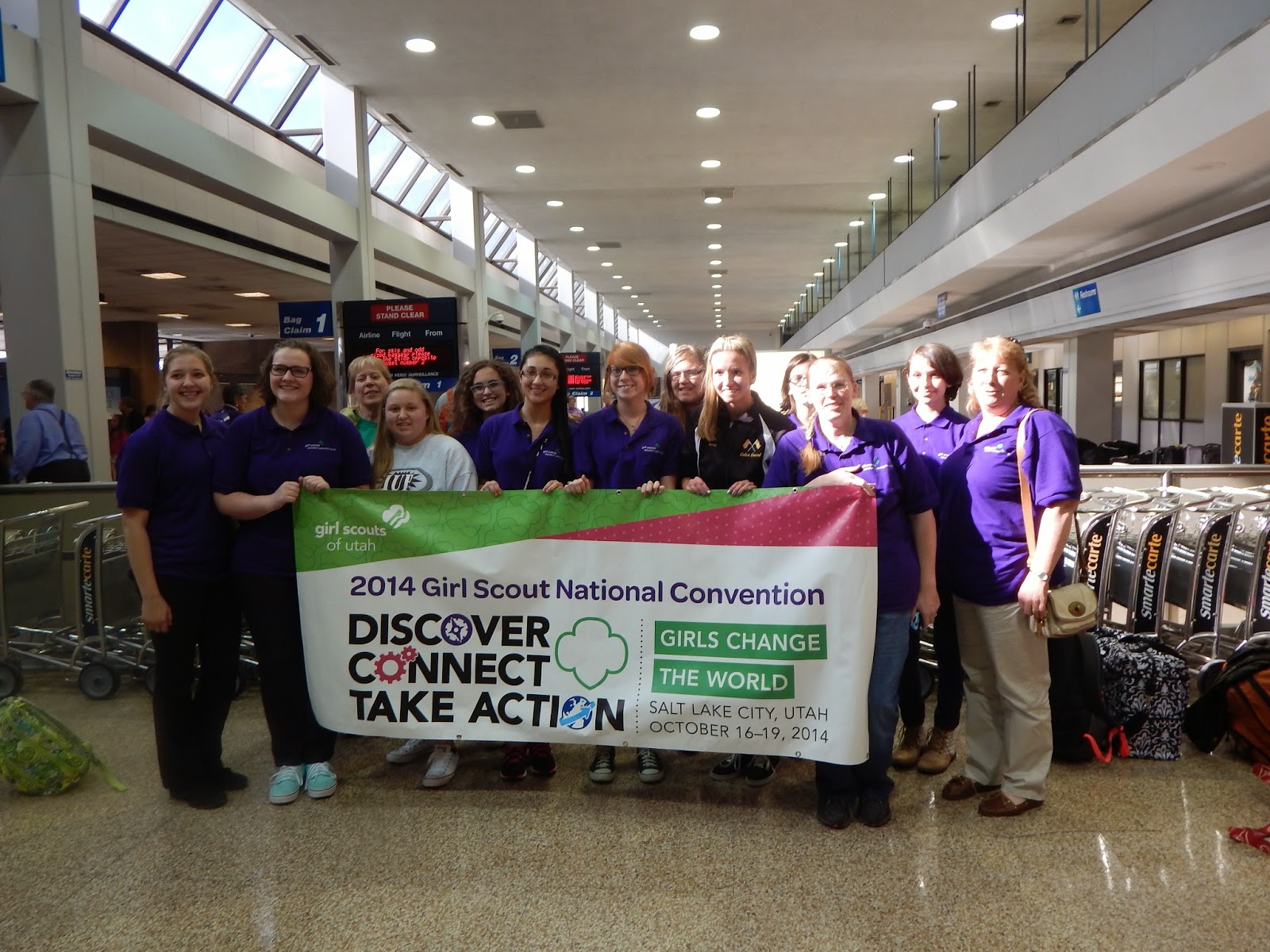 
Girl Scouts from around the world woke up bright and early, gathered their last few items, and took off to the airport on Wednesday for the Girl Scouts National Convention in Salt Lake City, Utah!  Our first plane took off at 10:10 Wednesday morning out of Pittsburgh.  It was a quick flight to Chicago where we had a little over an hour to grab a bite to eat at an amazing bagel shop before we boarded our final plane taking us to Salt Lake City. 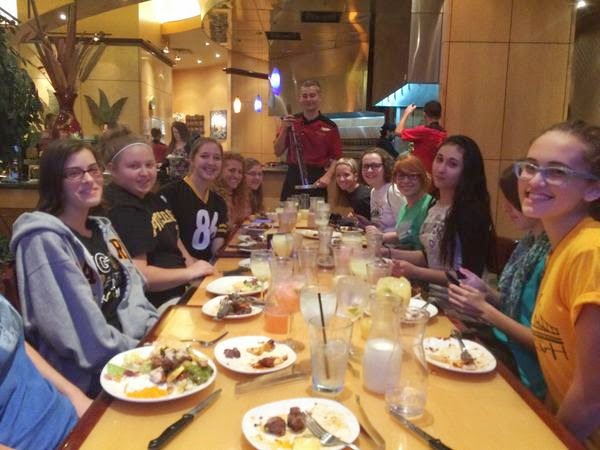 The plane from Chicago to Salt Lake City was packed full of Girl Scouts from Western Pennsylvania, Connecticut, and even Germany! Several girls got a songfest going on the plane, leading the group in singing "Make New Friends."
After we landed we took off to our hotel and then headed to Tucano's Brazilian Grill for dinner!  If you're ever in Salt Lake City and hungry, be sure to head to Tucano's. After stuffing ourselves to the point we could not walk, we went to the GSLI planning committee's Meet & Greet.  At the Meet & Greet we played Human Bingo, a "get-to-know-you" game as a way to meet Girl Scouts from all over. It was a fantastic way to make new friends!
After the Meet & Greet we had a Western PA meeting with our chaperones where we received our SWAG bags with all sorts of new toys and gifts! Now we're ready to take on Temple Square and the first day of Convention!