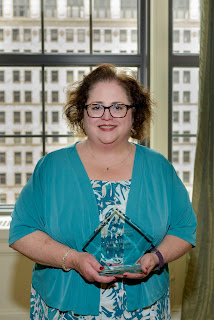 Amy Hart is the president and chief executive officer of the Center for Hearing & Deaf Services, Inc. (HDS).

HDS is the region’s only non-profit agency providing comprehensive services to people who are deaf, deaf-blind, hard of hearing, or have other communication needs. Her tenure at HDS has been known for growth and innovation in programs and services.

Prior to coming to HDS, she was the director of community relations at Mars Home for Youth and vice president of community investments at United Way of Allegheny County. She was founding executive director of the PA Service Corps, one of the original national service demonstration projects, and was founding executive director of PA Campus Compact. She also worked on the Adolescent Drug and Alcohol Treatment Unit at St. Francis Hospital and for the Collegiate YMCA of Pittsburgh.

Hart is known as an entrepreneurial leader who is effective at building winning relationships and effective partnerships, as well as supporting others in the field. She holds a master’s degree in social work from the University of Pittsburgh, and a bachelor’s degree from Duquesne University. 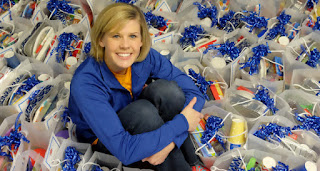 Megs Yunn is the founder and co-director of Beverly’s Birthdays, a Pittsburgh-based nonprofit organization that provides birthday cheer for children experiencing homelessness and families in need. Yunn started the organization after meeting a young girl, Beverly, who shared with her that she had never had her own birthday party or even her own slice of birthday cake. Inspired by the story, Yunn submitted her idea for Beverly’s Birthdays to the 2011 Scholastic Be BIG in Your Community Contest and was named one of 10 first place winners. She received $2,500 in January 2012 to start Beverly’s Birthdays. Now, six years later, Beverly’s Birthdays has raised over $1.5 million, and Yunn and her team of five full-time staff members, a 13-member board of directors, and hundreds of volunteers/donors, have worked together to celebrate more than 25,000 children’s birthdays. Beverly’s Birthdays and Yunn were recently recognized on NBC Nightly News with Lester Holt and on PEOPLE.COM for the inspiring work their team is doing to spread joy, cheer, and laughter for so many deserving children. Yunn is a Pittsburgh Magazine 40 under 40 recipient and was named by Next Magazine as one of five people “Making Pittsburgh a Happier Place.”

Outside of Beverly’s Birthdays, Yunn has served as an adjunct instructor at Point Park University in the communications department. She has a bachelor of arts degree in organizational communications from Marietta College and a master of business administration from Point Park University. Yunn is passionate about youth programming, servant leadership, and working with children in vulnerable communities.

Prior to starting Beverly’s Birthdays, Yunn did a term of service as an AmeriCorps volunteer and ran a character development program with adjudicated youth.

Yunn truly believes that we are all here on this earth to make a difference and to help one another. When asked about Beverly’s Birthdays and the work they are doing, she always says “I just want to dump birthday glitter on the city of Pittsburgh.”

Yunn and her husband, Mike Yunn, reside in Irwin and are the proud parents of three beautiful children—Wyatt, Lincoln, and Sadie—with their fourth son born just recently. 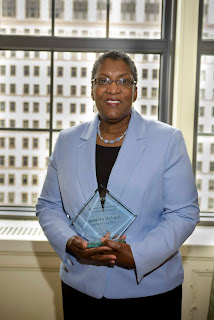 Maurita J. Bryant is serving in her 40th year of law enforcement. After serving 39 years with the Pittsburgh Bureau of Police, she retired in May of 2016, as the assistant chief of the Investigations Branch. She joined the Allegheny County Police Department in June 2016 and currently serves as the assistant superintendent for the Uniform Division.

She is a 1970 graduate of George Westinghouse High School, and received her master’s degree in criminal justice from Point Park University, where she served as an adjunct professor. Superintendent Bryant is a 2004 graduate of the 218th session of the FBI National Academy in Quantico, Virginia, and has taught numerous criminal investigations and terrorism courses internationally.

Throughout her career, she has been passionate about issues impacting the victimization of women and children. She is most proud of serving as the executive director for a teenage intervention program called Save Our (little) Sisters (SOS); being the facilitator for the Bureau’s Moms and Cops program; serving on the executive boards for Gwen’s Girls, Pittsburgh Child Guidance Foundation, Birmingham Foundation, YES program, NOBLE, Standing Firm, Greater Pittsburgh Business and Professional Women, Inc.; and most of all for having two daughters, four grandchildren, and four great-grandchildren.

This is the first of four installments published in recognition of the 2018 Women of Distinction and the Girl Scout Honorees.