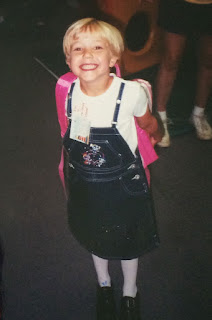 Imagine this: A six-year-old girl with short blonde hair and bright blue eyes entering Neason Hill Elementary School on a Tuesday night in September of 2003. That would be the start of something that would change her life. That Tuesday night, was the first Girl Scout meeting she ever attended.

The meeting began by saying the Girl Scout Promise and Law, making crafts, singing Girl Scout songs, eating delicious snacks and then the meeting ended with the Friendship Circle. She was hooked.

The little girl had talked about the Girl Scout meeting every day and every night until the following Tuesday evening when she would be able to walk through those doors again. Those doors opened her to a world of courage, confidence, and character.

The little six-year-old who had walked into her first Girl Scout meeting started off lacking all three, she was shy, she was timid, and she was terrified. Courage is defined as the ability to do something that frightens one. The amount of courage it had taken her to stand in front of the family and friends of her troop during her first Girl Scout awards ceremony was immense. That ceremony had taught her that anything was possible. She knew that she would be able to talk in front of the five girls in her troop or the nearly five hundred adults, girls, business leaders, and community members during the 100th year Anniversary Celebration.

Courage does not come alone; undoubtedly courage comes is hand-in-hand with confidence.

Confidence is defined as a feeling of self-assurance arising from one’s appreciation of one’s own abilities or qualities. This sweet and lovable six year old starting her Girl Scout experience had begun with the smallest amount of self-confidence, since she was afraid of what others would think about her.

After years of being told of the astounding things she has accomplished in Girl Scouts and what an asset she has become to the organization, she had finally gained the confidence to stand up for herself and for those around her. Courage and confidence stand as the foundation to a person’s character.

Character is defined as the mental and moral qualities distinctive to an individual. She will do what is right, even when she is the only one doing it. She stands up against those who do not follow the Girl Scout Promise and Law or are not acting as a Girl Scout should. Her leaders and fellow Girl Scouts have taught her to use the courage, confidence and character that was instilled within her to always be the best her that she could be. 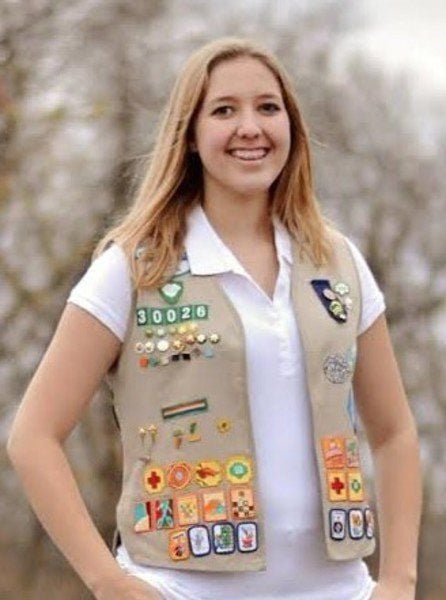 Fast forward twelve years and that little six-year-old girl is now an eighteen-year-old young adult with long blonde hair and hazel eyes who entered through the doors of United Methodist Stone Church one Monday night in June of 2015.

That Monday night, was the last Girl Scout Meeting she will ever attend.

The meeting started with her showing up late with dinner in her hand, sitting around the tables talking with the younger girls in her troop, tears streaming down her face and then for the last time, her mom passed out the badges, the Journeys and the patches she had earned throughout the year.

You can help even more girls build courage, confidence and character with your donation to GSWPA.